Israel’s Arab population faces many unique challenges in successfully integrating into Israeli society and realizing its full potential. This is particularly true in the area of employment and earnings, in which both Arab men and women lag behind their Jewish counterparts.

Over the past decade, there has been a concerted national effort to find effective ways to close these gaps and promote employment opportunities for Arabs in Israel.

MJB’s Center for Employment of Disadvantaged Populations has made a significant contribution to this effort, both by raising national awareness and by monitoring and evaluating new initiatives.

The Institute’s 2009 report on the employment of Arab women, conducted with the Yad Hanadiv Rothschild Foundation, contributed to the awareness of the employment potential of this population.   MJB’s research found that a considerable proportion of the women not in the labor force in fact had significant employment potential: many were young, with 12 or more years of education, and did not have young children.  A number of programs were developed, including programs to promote entrepreneurship and the adaptation of JDC’s landmark Eshet Chayil (Woman of Valor) employment program to the specific characteristics of the Arab population.  MJB evaluated a number of these programs, some of which proved to be highly successful.

In 2010, the Institute prepared an extensive report on the employment challenges of Arab women and men, for an international review carried out by the OECD as part of the process of Israel’s application for membership to the organization.  The Institute conducted follow-up analyses in 2012 and 2015 as part of the government’s progress reports to the OECD.

The Strengths of Local Culture

The main thrust of MJB’s work has been to directly assist the process of developing effective policies and interventions.  One focus was on the development of effective employment programs for the Arab population.

MJB was involved in evaluating the pilots of several different models by the Ministry of Economy and the Ministry of Social Affairs to identify what worked best.  In particular, the research identified many lessons about how to adjust the programs to the unique cultural strengths and barriers of the Arab communities.  For example, the Ma’avarim (Transitions) program for rural Bedouin communities faced tremendous difficulty in recruiting participants.  The program staff turned to the extended family networks, which are so important in the Bedouin and Arab culture, in order to encourage women to participate in the programs.  Many of the leaders of these extended family networks—in effect, the lay leadership of the community—responded positively, increasing the legitimacy of the centers.  As MJB researcher Judith King explained, “the community’s cultural characteristics became a source of strength, and not only a barrier.”

On the basis of MJB’s evaluation studies, the decision was made to implement a national network of 21 employment centers for the Arab population.  The network is a three-way partnership between JDC-Tevet, the government (Ministry of Economy and the Prime Minister’s Office) and Yad Hanadiv Rothschild Foundation. It is being implemented by the NGO Al-Fanar (Lighthouse in Arabic), which helps to promote Arab leadership and build broader capacity within the Arab community. The centers also work with Jewish employers to expand opportunities for Arab employees.  MJB, together with the Ministry of Economy, is evaluating the national rollout.

Another strategy to promote Arab employment and economic development has been the legislation of integrated five-year plans for the Arab population in different parts of the country.   For example, the interministerial Five-Year Plan for the Bedouin is a broad effort to strengthen the communal infrastructure of one of the least integrated populations in Israel.  The comprehensive plan combines investments in employment with funding for transportation and industrial infrastructure, education, and more.   MJB is evaluating this multi-year plan, which will be completed next year.  Based on the lessons already learned, a follow-up plan is already been legislated.

Expanding opportunities for higher education is yet another way of expanding earnings opportunities and closing the income gap.  In 2012, the Council for Higher Education initiated a Five-Year Plan to increase the participation and success rates of Arabs in the 28 public institutions of higher learning across the country.  The plan takes a holistic and integrated approach by providing a range of social and economic supports for participants to help them succeed academically and in their subsequent transition into employment.   MJB is evaluating this national plan.

A separate program is designed to help Arab students majoring in science and engineering to transition from higher education to working in some of the most prestigious hi-tech companies in Israel. MJB recently completed an evaluation of a pilot of this program, which is being expanded.

In the last decade, we have seen significant increases in the employment of Arab women and men.  However, while the rate of progress for men has met the national goals that have been set, the pace of advancement by women is lagging behind.  Nonetheless, the range of national initiatives, and the commitment to monitoring and evaluating their effectiveness, is creating greater opportunities for this major segment of Israeli society. 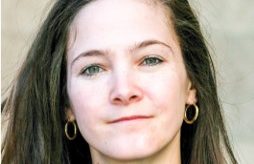