In January, MJB hosted the Gantz Zahler Seminar on Child Welfare on the importance of culturally adapting programs and services for Israel’s Arab population.

Almost 100 social service professionals from Arab and Jewish communities came together with researchers to focus on the critical issue of adapting programs for communities that have a unique set of cultural characteristics, in this case Israel’s Arab population.  The context was the effort being made to culturally adapt programs within 360o The National Program for Children and Youth at Risk in Israel, which addresses the needs of children and youth at risk across Israel and which includes every Arab community in Israel.

The seminar was a cooperative effort of two Institute divisions, the Engelberg Center for Children and Youth and the Unit for Learning from Success and On-Going Collaborative Learning in Human Service Organizations, each of which is approaching the issue of cultural adaptation from a different perspective—the Engelberg Center taking a top-down systemic approach and the LFS Unit taking a bottom-up, in-the-field approach.

Talal Dolev, national director of 360o and former director of the Engelberg Center, provided an overview of the National Program’s goals and strategies in relation to the Arab sector.  In light of the underdeveloped service system for Arab children at risk, 360o has given special priority to expanding services for this sector in order to close the gap.  To support this effort, it is important to address the issue of cultural adaptions, so that services can be made as effective as possible.

Following Talal’s presentation, MJB researcher Fida Nijm presented MJB’s efforts to document the major cultural barriers facing Israel’s Arab community and, based on a detailed review of the professional literature, to develop a concrete set of strategies to address them.  She emphasized that, because of their intensive exposure to Israel society, Arabs in Israel differ from Arab majority populations in the Middle East and elsewhere—and thus the cultural adaption of programs and services must be tailored to the Israeli context.  The challenge of cultural adaptations is made more complex, she added, because of the heterogeneity within the Arab community.

Rania Hreish Massalha, director of social services in East Jerusalem, pointed out that in the past, cultural adaptation simply meant having professionals who spoke Arabic.  She praised MJB’s contribution in advancing the understanding that cultural adaptation is far more complex, and that the social service system needs to take a much more sophisticated approach to meeting the unique needs of Israel’s Arab population.

In the second half of the seminar, Irit Aizik from the LFS unit, and Chir Najmi, 360o’s local coordinator in the Arab community of Kafr Kana, focused on the efforts of MJB’s LFS Unit to engage front-line service professionals in an effort to identify, document, and learn from successful efforts they have made in culturally adapting their programs.

In the final session, three case studies on the practical application of the LFS method were presented and discussed by the entire group.  These cases all centered on issues related to cultural norms that impact the ability to engage Arab families in the 360o program.  The cases included encouraging fathers to attend parenting workshops, gaining acceptance for programs for teenage girls at risk, and introducing a program for mothers on issues related to their daughters’ sexuality.  The discussion sparked new insights among the participants, who spoke of how they would apply the lessons learned to their own work.

True to the LFS method, the successes discussed in the seminar were used to identify principles that are being applied in programs implemented in other communities.  These stories will be published in a special volume that will be widely disseminated for use in culturally adapting services for other groups throughout Israel. 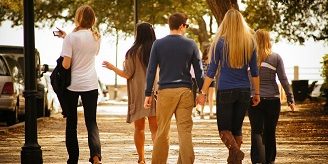